Continuing and fueling my knowledge base, exploration and obsession with mid century modern design, I bought the book Handcrafted Modern: At Home with Mid Century Designers by Leslie Williamson. The book for whatever reason had been sitting my Amazon wishlist for a longest time, probably because my wishlist needs some serious trimming. Anyways, I don’t know why I didn’t purchase it earlier! Williamson beautifully captures the homes of many mid century designers and the homes they had built for themselves and their family. I was not family with most of the designers in the book, but this is how I came to discover Russel Wright’s home in Manitoga.

Edgar and I are starting this tradition where we go hiking on July 4th weekend. Last year we went to Watkins Glen near the Finger lakes in upstate New York. This year, we hiked at Manitoga. Not only did Wright buy a large amount of acres on which built his house, but he also designed 3-4 hiking trails with scenic markers.

I’ve visited a few architects and artists home at this point, and there’s always a sense of warmth-ness and welcome-home-ness that is inviting to anyone that steps in the home. Similar to many mid century homes, Russel Wrights home is also nestled in the landscape, but so nestled the soil is almost at the edge of the windows that it’s practically outdoor living. The property he chose is a quarry, which from the view of the house also looks like a dragon when the rocks surround the quarry. Lounging in the living room with no walls, just windows of the quarry, it feels like a mini lake house. 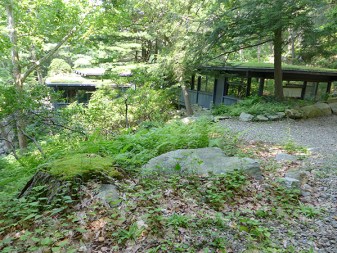 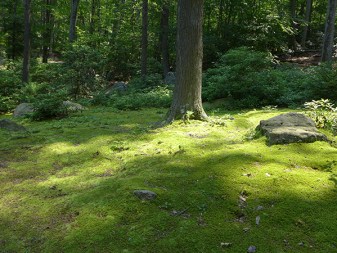 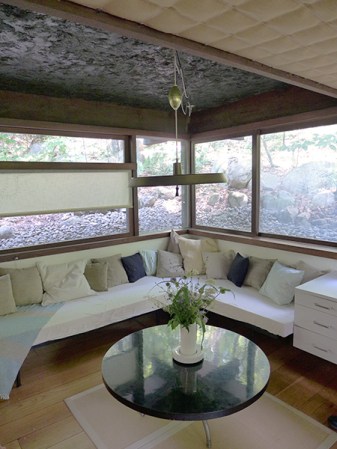 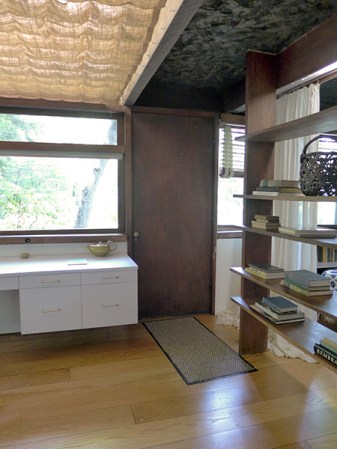 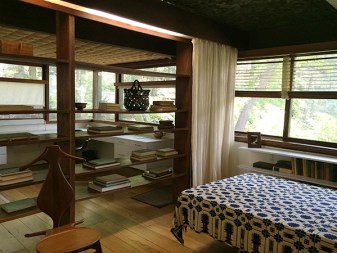 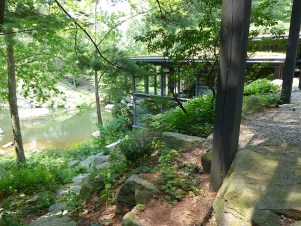 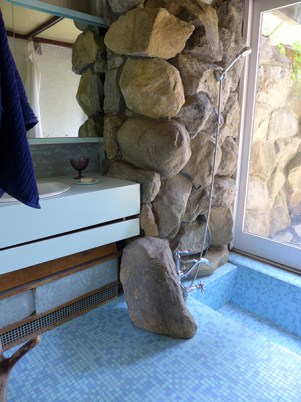 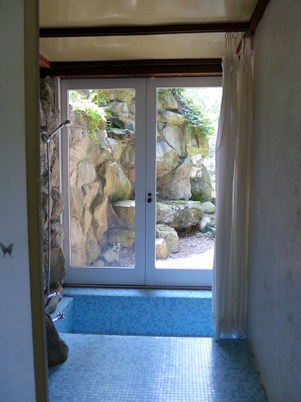 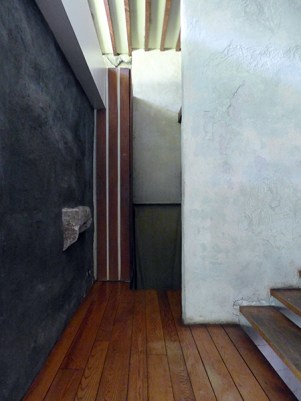 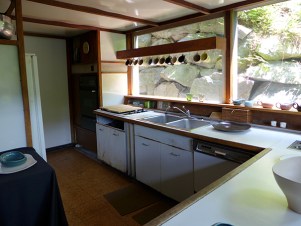 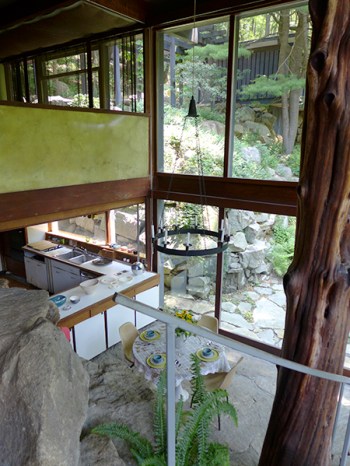 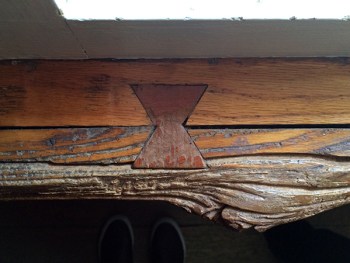 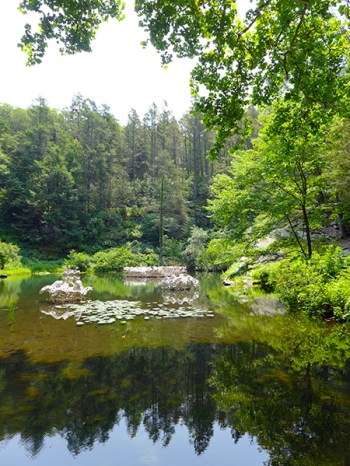 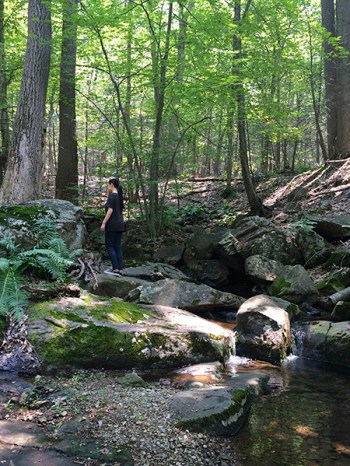 I had recently purchased some ceramic pieces from and artist and also had visited Philip Johnson’s Glass House. That had put me in a mood for some sculpture and stone texture exploration. I’m not sure how I found out about the museum or how I came across Isamu Noguchi’s sculptural works, but  prior to visiting his museum, my only familiarity with Noguichi was his famous mid century paper lamps with cute little antennae legs. Located in Long Island City, this diverse collection of his life’s work is definitely one of the most pleasant surprises and possibly most underrated museum in New York. 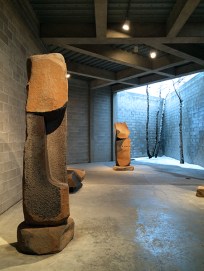 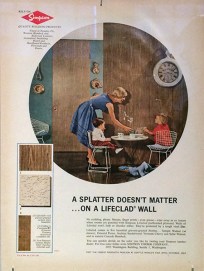 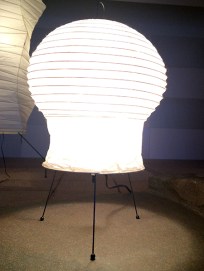 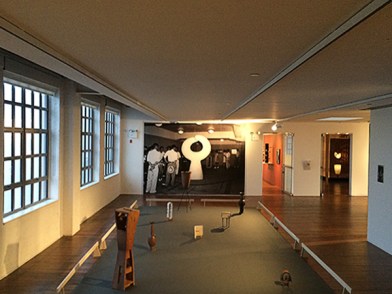 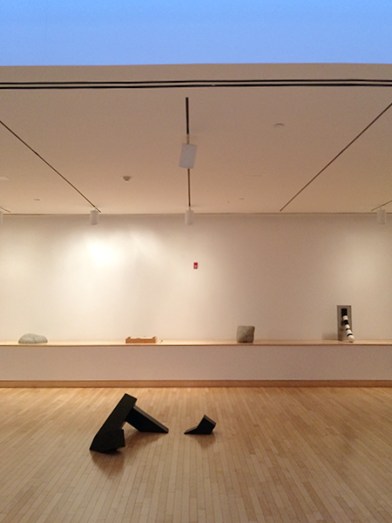 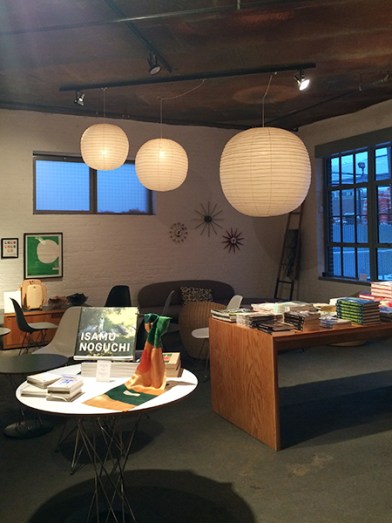 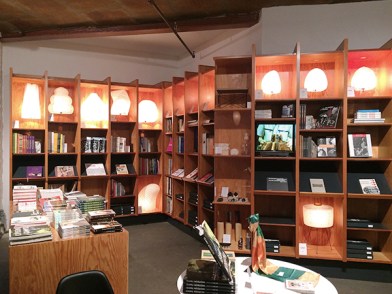 We booked a tour just in time for the last day of the Fujiko Nakaya’s Veil fog installation at Philip Johnson’s Glass house! All I was expecting was to see the glass house and learn throughly on thought process of the glass house. Instead, Philip John has a hug property with multiple galleries on the lot, and the Glass House idea was simply inspired by Mies Van der Rohe’s Farnworth House. This is what I appreciate and love about Philip Johnson- with an obvious sense of humor his work is meant to be enjoyed and not to be taken too seriously. Who wants to be serious all the time anyways?